Dedication in memory of founder 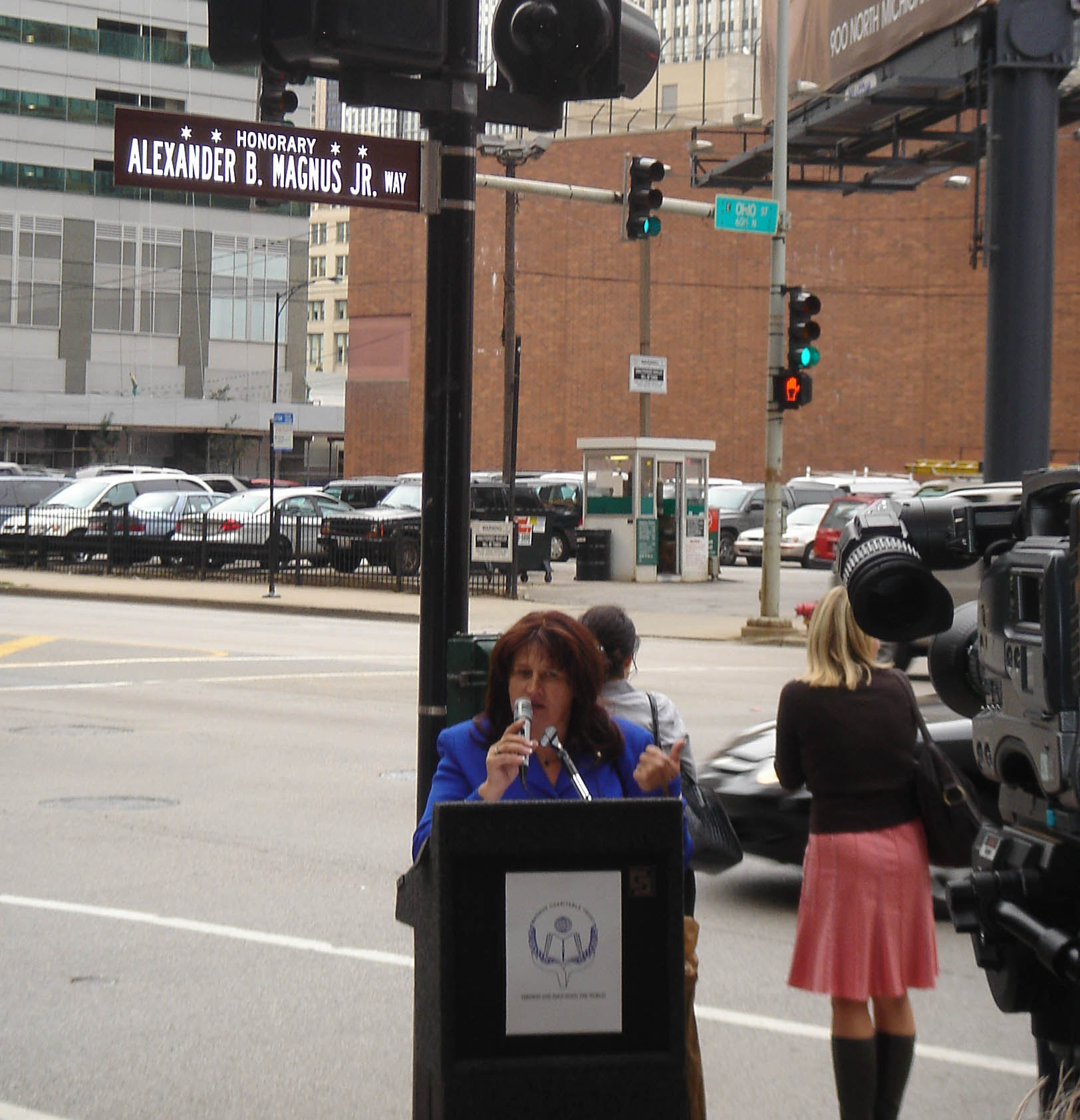 On Thursday October 20th, the City of Chicago recognized the humanitarian contributions of Alexander B. Magnus, Jr. by dedicating the Northeast corner of Fairbanks Court and East Ohio Street to his memory. Alderman Burton Natarus and Alderman Edward Burke officiated the unveiling of the Alexander B. Magus, Jr. Way street sign.

Maria Magnus was joined at the ceremony by family members, friends, and colleagues. Some of the guests flew in from around the country to join in the celebration of Alexander Magnus and the generosity he represented through the work he accomplished in his life. After his death, Magnus Charitable Trust continues to carry on his dreams of helping people in need. The trust has helped the people of Sudan and also awarded 50 scholarships to the graduating high school class of 2004. This year Magnus Charitable Trust donated to the American Red Cross to help Tsunami victims, we were able to save Pope John Paul II Elementary School from closure, and sent supplies and monetary donations to the victims of Hurricane Katrina.

After the revealing of the street sign, the crowd proceeded down the street for the dedication of the 230 East Ohio Building. A ceremonial ribbon cutting by his daughter, Kendis, took place and then his daughter Victoria and granddaughter Melissa presented the Magnus Charitable Trust sculpture that is hung on the building’s entryway.

A lunch followed where everyone gathered and shared stories about Alexander Magnus. He touched many lives, and continues to do so now through Magnus Charitable Trust. At the conclusion of the event, Maria Magnus stated publicly, “As long as I will be alive, I will honor my husband’s good name. I will follow the good cause we started and I will try to help as many people as I will be able to, during my lifetime.”