Hand In Paw With PAWS Chicago Chapter For The 2016 Year 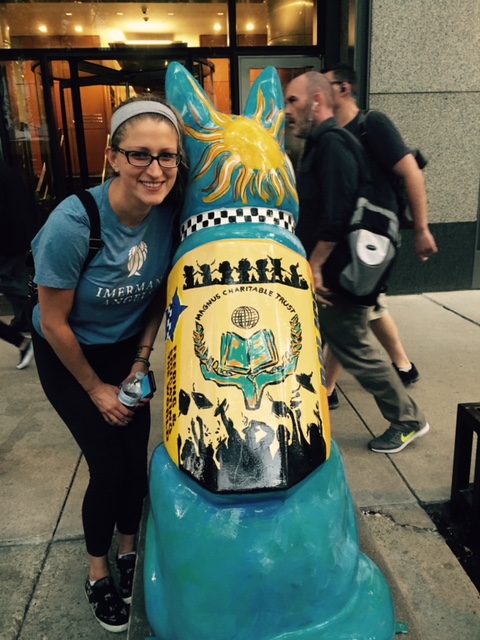 Magnus Charitable Trust board member and director Ms. Victoria Magnus spent much of 2016 as an instrumental board member for the PAWS charity in the Chicago chapter. During this time Victoria assisted her fellow board members, the various PAWS committee members and the wider PAWS team coordinate the year’s major fund-raising events. The events ranged from their athletic fun runs / walks through to brunches and the likes of the annual beach party through to the signature event of their annual Fur Ball.

The PAWS events calendar of 2016 culminated in their annual Fur Ball fund raiser, which in 2016 saw The Drake Hotel Chicago host some 800 odd guests along with some 200 pets at this, the 15th annual Fur Ball gala dinner.

The blue-ribbon event was Co-Chaired by Victoria Magnus, Corey and JP Marchetti along with honorary chairs Judy and Howard Tullman. The event was designed and delivered by Tom Kehoe and the ritzy evening featured music from DJ Daniel Holloway, a live auction, paddle raise, and so much more. By the end of the evening’s celebrations the 2016 Fur Ball had raised just over US$1.3 million for the organization. Quite a success for an evening’s work by all at PAWS.

The PAWS Animal Magnetism evening was held on Friday 18th March 2016 and ran to pan with a great fund raiser at the Morgan Manufacturing in the West Loop neighborhood.

A larger affair was of course the PAWS annual Beach Party held on the 14th of July 2016 at the Castaways Bar and Grill on North Lake Shore Drive. The Beach Party summer celebration hosted some 400 guests and their pets with all proceeds going to homeless animals of Chicago. The event featured cocktails and mocktails served to live music while raffles and silent auctions with great prizes were there to be won.

The annual PAWS 5 Kilometer Walk / Run followed by a lovely brunch was successfully held on Sunday the 24th of July 2016 at the Montrose Harbor front.

The final PAWS event of 2017 that MCT board members were passionately involved with was the technicolored law enforcement dog statues. These amazingly decorated dog statues were painted by local Chicago artists to honor the city’s Police personnel and the force’s heroic four legged friends.

‘K9’s For Cops’ was the brainchild of PAWS and brought brightly colored dog statues to the streets of Chicago, all along the Magnificent Mile. So, after the brightly painted cows and horses it was the turn of the dogs which saw 105 statutes in 48 locations in the Windy City. MCT sponsored a Police Alsatian dog for the event and then gave the glorious statue a home at their charitable headquarters in Chicago where the aptly named Pandora, a blue Alsatian proudly stands guard.