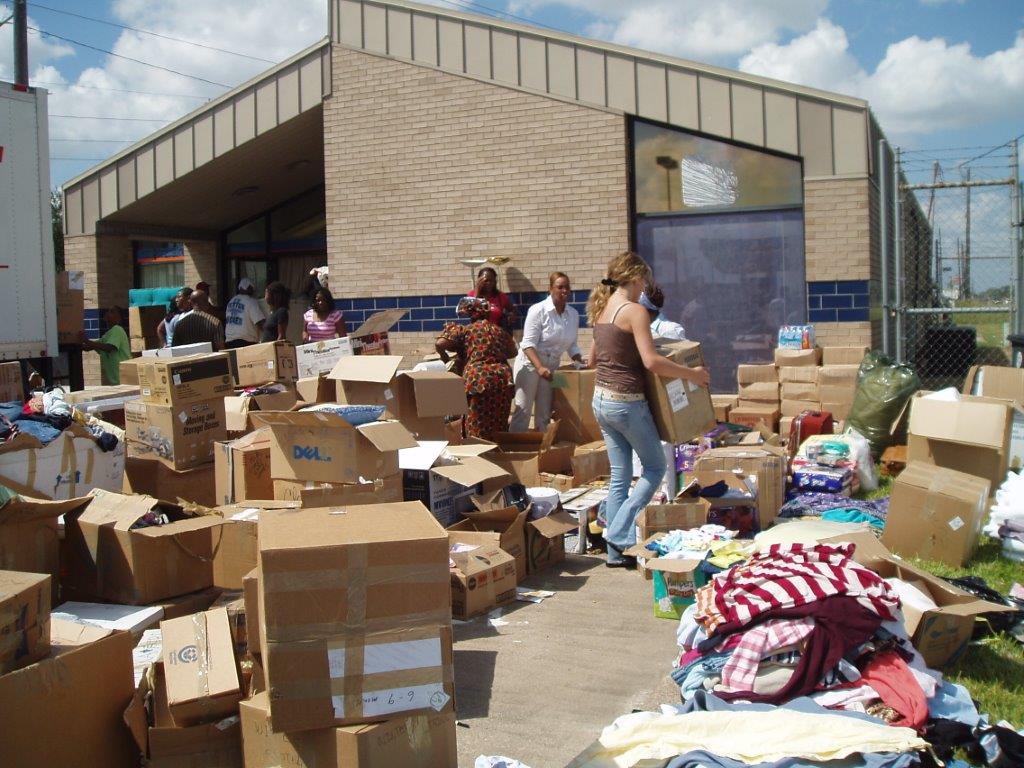 As Hurricane Katrina victims watched the news to see the devastation caused to their neighborhoods and homes, there was a realization across the country that they needed help rebuilding their lives. For the lucky evacuees that left before the storm, they were able to save some of their treasured possessions, but nothing more. Magnus Charitable Trust immediately realized the need and started to collect money and items for the people of the Gulf Coast region.

The generosity of people donating clothing, shoes, baby items, blankets and non-perishable goods was tremendous. There were two main collection sites that received thousands of things to send to Houston, Texas, where many evacuees were sent after the flood waters devastated New Orleans. One local church in Houston had received many families in need and Magnus Charitable Trust responded with help.

Logos Christian Center Church received a Ryder truck filled with furniture, clothing, food and other goods for the evacuees. The pictures here show the unloading of the truck. Over $6,500 was raised to help in the efforts of housing and feeding the evacuees while they were in Houston, and it also helped to transport some of the evacuees to other parts of the country to be with their family members.

Magnus Charitable Trust would like to send our thanks to all of the volunteers and donors that have helped to restore some level of normalcy to the victims of Hurricane Katrina.