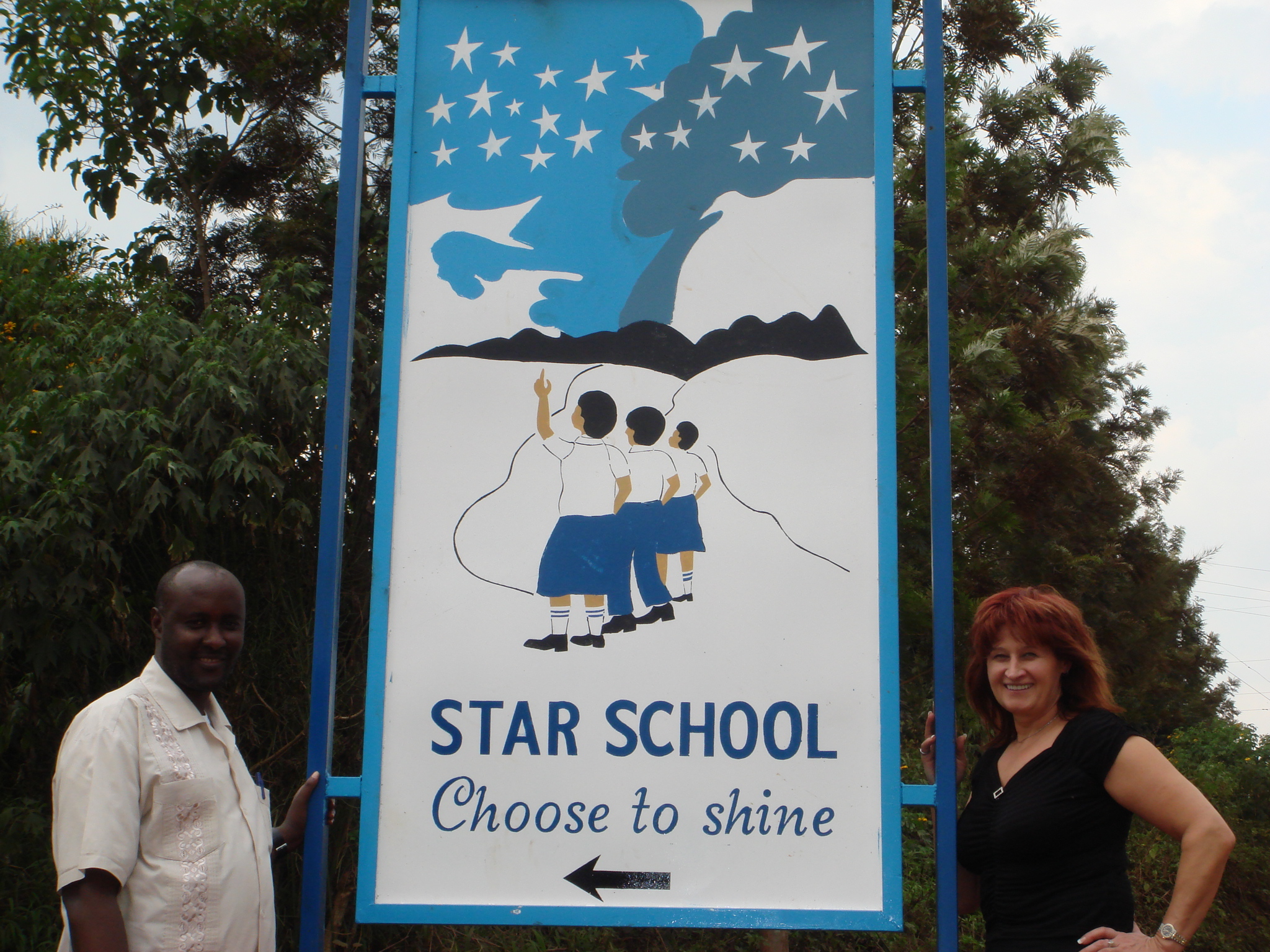 On February 20th 2009, Star School Kigali celebrated just over a year of operating as a going concern. The landmark date was set by Reverend Nathan Amooti & his school board to dedicate a Thank you to Magnus Charitable Trust & in particular Chairwoman Maria Magnus for her unyielding commitment to the project & its’ local people of ‘Masaka Province’ in Kigali.

Maria duly arranged to visit the ever-expanding school now bustling with some 250 full-time students forecast to increase to some 350 odd in the ensuing year 2009/2010. To date, an amazing success for the new-start school that was supposedly built in an area of low demand. A very grateful local authority & related local officials expressed their gratitude to Magnus Charitable Trust in conjunction with the Kigali Diocese & all wanted to attend the plaque laying ceremony.

However, February 20th 2009 was dedicated to the students & staff of Star School & a luncheon for the existing students, staff & some of the in-situ construction workers still expanding, improving & ‘snagging’ the buildings was laid on by Magnus Charitable Trust. Some 300 odd people attended & Maria Magnus, again the guest of honour as statements & songs of gratitude were read out & sung by all who attended.

The Plaque was duly placed on the main 5-long classroom building at the centre of the school. Plans were a-foot for future visits of Magnus Charitable Trust personnel & a possible meeting with other dignitaries that Reverend Amooti wanted Chairwoman Maria Magnus to meet down the line. These plans will slowly unfold during 2009 / 2010 & be reviewed in conjunction with the school’s continued progress.

Below is a map of greater Kigali area & local provinces showing the Masaka Province where Star School Kigali is situated in the East of Kigali.