MCT 2012 to 2013 Donates To Building Of Kibagare Church Kenya 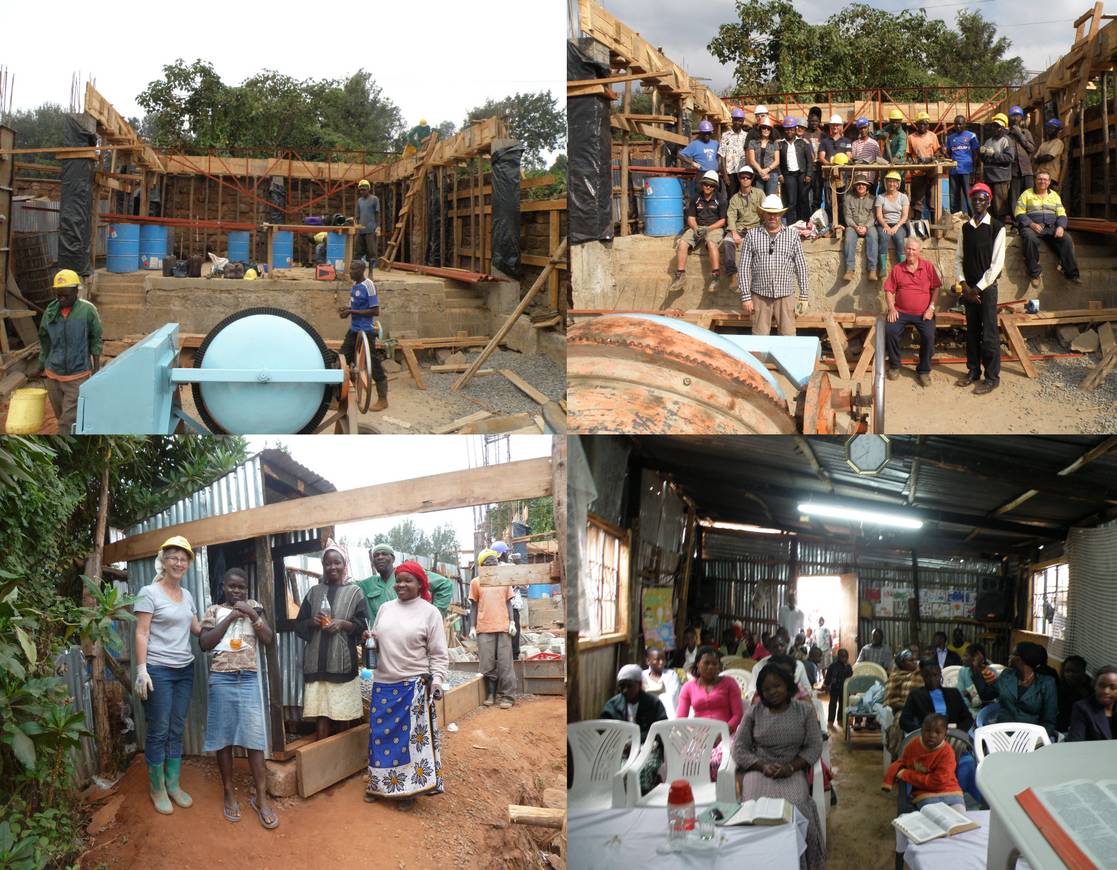 Magnus Charitable Trust donated an essential and ground-breaking sum to the worthy cause of a new church school in the slum area of Kibagare just outside Kenya’s capital city Nairobi.

The good doctor, the right reverend John McElroy of Southern Cross Churches Australia reached out in a worldwide call for help with his church movement’s Christian work in Africa & Magnus Charitable Trust’s chairwoman Maria Magnus answered his call with a vanguard donation that secured the projects start.

The call for help rang out from a slum town that is striving to lift itself from such a title of infamy on the outskirts of Nairobi Kenya. That same call for assistance resonated outward from Pastor Amos Okolo via the Kenyan based MCT head of security and logistics to a Churchman in Perth West Australia and onto Chicago USA where it reached the every generous Maria Magnus, Chairwoman of MCT.

Within 60 days MCT had kindly donated a substantial sum, enough to secure the entire project & ensure the survivability of the dream model of school, church, community centre & clinic all in one. MCT were able to build the foundations & help at grass roots level by messages bouncing quite literally around the globe and back again.

For more details on this local community project headed by Kenyan pastor Amos Okolo that has the potential to change thousands of poverty stricken people’s lives for the better please read on, thank you.

Mr Gillon wrote; when I went down for breakfast Jody asked me what God was asking me to preach on. I told her what had happened and she said the same thing had happened to her.

We eventually arrived at the church about 10.30am and were quickly ushered to the front. When Ps Amos introduced us he called us their friends, then I got up and these are the words that came out:

“I’m not your friend, I’m your brother, I just happen to be the pale one in the family. Friends come and go, but a brother is a brother forever.”

Well, did that change the atmosphere? Later in the service they made me the 120th registered member of the church.

The initial request was from JESUS CHRIST THE WAY MINISTRIES KENYA on the 30th of October 2012. At the meeting with Ps Amos Okolo and the church Building Team, including Ps Jody Pike and Mr Trevor Gillon representing Southern Cross Assoc. of Churches.

First Floor: To be the Day care centre with washing facilities, and by night it will be used as a skills training centre to help the unemployed. Behind this will be six or seven rooms, two of which will be used as temporary housing accommodation and the other rooms to be let out as housing at 2,000ks a month each to raise money for the purchase of the next piece of land they hope to buy on the outskirts of Nairobi to build a bigger church one day.

As with all permanent structures to be built in Nairobi, they are required to be submitted for approval prior to construction. Plans are required to be submitted to the Nairobi Town Hall, although as the Kibagare slum also falls under the jurisdiction of the Kibagare Chief who has the authority to override any decisions made by the Town Hall, as the slum falls under a category of Special Needs.

Ps Amos Okolo and Architect Philip Nyabanda were able to meet with the Chief, Health inspector and Assistant Health Inspector to seek approval in principal for the proposed church with day care facilities. ( I was advised not to attend this meeting as it would possibly incur additional fees and charges, as the funding would be known to be coming from overseas.)

The outcome of the meeting was very encouraging with the Chief happy to approve the project as he could see the benefits it was already providing to the community and its’ potential to provide more.  The only condition that was mentioned in the meeting was that they would like to see the building have the capacity to accommodate orphans. It was later explained to me as to what this implied. Once the building was erected the Chief would possibly present the Church with orphans to take care of even if we have not provided for them.

Ps Amos received this news as confirmation as to what he had previously believed the Lord was showing him. Philip and I were taken back a little at this stage and came to the realization that maybe we had under estimated exactly what God was trying to do. Although this was not the first time we had had the same impression.

The previous day we were trying to ascertain the type of structure that was permissible within the slum. Ps Amos advised us the Catholic Church had a school near the far end of the slum. From the street of the slum you could only really see two large steel gates. Once inside it was hard to believe we were still in the slum. Approximately twenty years ago the Catholic Church wanted to build a school. The Chief approved provided that they offered the existing occupants considerably more for their properties than they were worth so that they would be only too happy to sell. The area appeared to be three to four acres in size, with many single and three storey buildings to accommodate the co-ed primary school and girls only high school. In addition they had dormitories a chapel and various special purpose rooms. We realized that this project could be bigger than we first realized, but knew God was calling us to take the first step.

The Local Kitusuru Chief was pleased with the work the Church is already doing in the slum and was prepared to give his approval for a permanent structure to be built after viewing the sketch plans provided. His only condition was that it would have the additional capacity to take orphans. The Local Architect and Pastor informed me that as soon as we build a permanent structure in the slum, the Chief will turn up with the orphans and expect the church to care for them. As we are unable to turn the children away we will need to provide facilities for them.