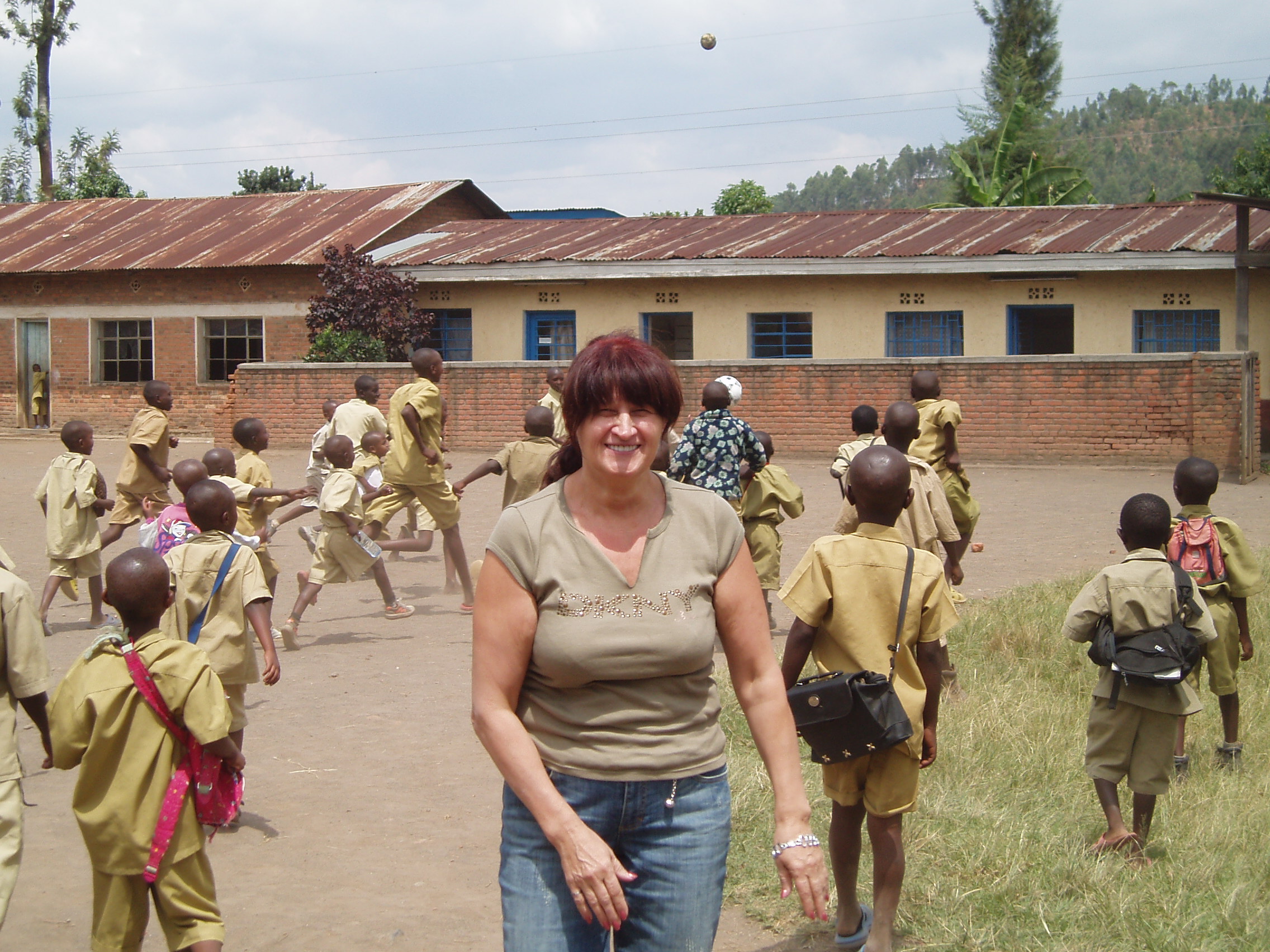 Magnus Charitable Trust (MCT) chose to visit Rwanda in late 2006 in an endeavor to learn more about the country’s long suffering, yet immensely strong willed, brave and ever so humble people. Maria Magnus (Director of MCT) along with her team thought that this nation that has endured hardship and tragedy throughout the generations would benefit from MCT’s assistance in the form of educational aid.

In September of 2006 MCT carried out their initial investigative tour of the country known for its lush grasslands, rich soils, magnificent mountains, fair climate and of course it’s tragic history.

Signpost-International (SPI) personnel played an important role in guiding MCT to the various memorial sites from the 1994 Genocide. Maria visited two Catholic churches where thousands of people that had sought refuge were massacred. Ntarama Church has been left as it was after the massacre of 5,000 people, as a reminder to all what happened there. The skulls of many victims have been placed on shelving, while their bones and belongings are still scattered on the floors where they fell.

Rwanda has become synonymous with the horror of communal en-mass violence. In Rwanda, from April 6, 1994, in one hundred days over one million people were hacked, shot, strangled, clubbed, burned & brutalized to death while thousands of others were abused, raped, cruelly beaten as well as buried alive and millions were displaced from their homelands.

The effects of this genocide are still felt in every facet of society and in every walk of life some 12 years later. Not a single family has been left untouched by the ravages of these war crimes and millions more were exiled into Zaire (now DRC), Burundi, Tanzania and Uganda as well as Europe and many have still not yet managed to return to their country of origin.

SPI also helped identify worthy projects that would benefit from MCT’s donations. Karen Bahizi (SPI-Project Manager) along with Rev. Nathan Amooti (SPI-Country Director) were instrumental in ensuring MCT achieved all that they had set out to do. The two SPI managers gave MCT a clear insight into a country that was making huge strides to recover from it’s ravaged history of genocide and afforded MCT vital introductions to some of Rwanda’s most needy small-scale institutions and small-scale self-financing projects; all in the name a brighter future for her own people.

Magnus Charitable Trust is in the process of completing all necessary due diligence for helping to build the Starland School, so children can receive a much needed education. The people of Rwanda, along with MCT, believe that education is the only way to stop unnecessary bloodshed for future generations.

contributions as well as to monitor successful deployment of past funds donated. Rwanda is a worthy cause. MCT’s work could not have been as successful as it was, were it not for Karen Bahizi, Rev Amooti & their personnel’s generous allocation of time towards MCT tour objectives.

The memories of such death, destruction & terror live on in survivors today. The genocide survivors have many hurdles to get over to list but a few, physical scars, mental scars, living trauma, HIV/Aids (literally tens of thousands of such victims of HIV/Aids infected rape), poverty, socio-economic hardship, vanquished lives, a lack of infrastructure that was so crippled by the 100 days of genocide & last but not least having to adjust to living harmoniously & with forgiveness alongside perpetrators of genocide.

It is all of our responsibility as individuals to do all we can to ensure such atrocities never happen again. If you believe that such missions are for other people to take action over please consider this fact: to everyone else you are ‘Other People’ so make your voice heard & your peaceful actions felt.

The photographs on our web site that accompany this report are to show the extent of the loss of human life in 1994. They say a picture paints 1000 words but these pictures illustrate over 1,000,000 deaths. View them with the respect, memory & the sorrow each deserves.

Additional information about Rwanda can be found online at: http://en.wikipedia.org/wiki/Rwanda_genocide