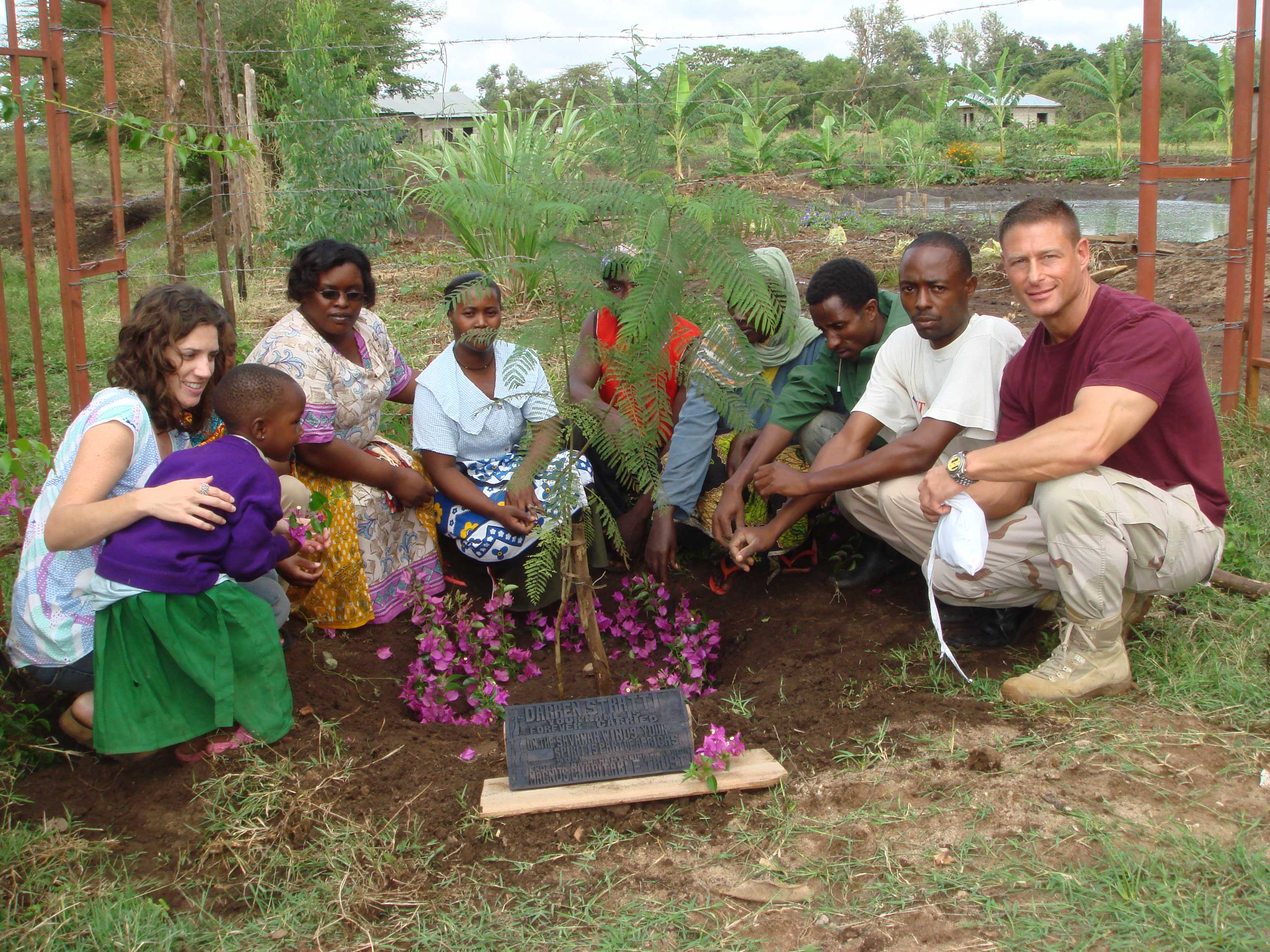 While visiting the old & historical Arab influenced Spice Triangle Island, also infamous for being an Arab slave town in the 1800’s, known as Stone Town on Zanzibar Island (an island off Tanzania’s East Coast in the tropical Indian Ocean) Magnus Charitable Trust personnel also took the time to pay their respects to another project on mainland Tanzania. This project has been monitored by Chairwoman Maria Magnus for some time & it has been on MCT’s agenda for a while.

Food Water Shelter an idea borne in Australia & established by 5 intrepid & dedicated Australian girls some 2 years ago has made huge in-roads in their self-sustainable, 100% eco-village run by the local people, for the local people. The project grows from strength to strength as all involved recover from the sad loss of the main man behind all the construction Darren Stratti of Australia.

Unfortunately in 2008 Rebecka Delforce (Chairwoman of FWS) lost her beloved other half Darren Stratti when he was shot & killed in a bungled robbery on the FWS Project volunteer’s quarters in Arusha. The FWS project bravely struggled on & continues on to this day, very much dedicated to Darren’s passing & all the amazing construction work Darren undertook with his fellow volunteers & local villagers who worked with Darren. The local area have thrown themselves even more passionately into all that FWS aims to achieve since the sad loss of Darren who is always remembered by all who were lucky enough to have met him.

You can read Darren’s personal story on www.foodwatershelter.org.au web site & learn more of their project’s aims & ambitions. FWS project is an inspirational & highly successful locally operated not-for profit project that has the endorsement of Magnus Charitable Trust in spirit.

Daniel Zola of MCT visited FWS on behalf of Chairwoman Maria Magnus, who was on this occasion unable to visit mainland Tanzania for personal reasons. Daniel delivered some small gifts from Maria Magnus along with the all important personal plaque Maria commissioned for Darren Stratti while she was in Zanzibar. This plaque to be placed at the foot of a memorial Jacaranda tree purchased & planted by Magnus Charitable Trust in memory of Darren at the FWS project village.

Daniel also took detailed notes & many photographs of the FWS project & assimilated a brief report for MCT & its Chairwoman Maria Magnus to peruse, also to assist Maria in her future consideration of helping FWS in Tanzania when time & funds permit.

A second & more hardy plaque will be presented to FWS in the near future & funds were kindly left with Moodi the FWS local project manager to have the said plaque made by their own ‘fundi’. The plaque you see in photographs here will be placed inside the main school hall at FWS Village as it is not weather proof. Maria Magnus also kindly paid for a celebratory meal out for the 14 volunteers & local counterparts working at FWS in Arusha. She also left some additional funds for their personal use in providing some essential comforts for the generous volunteers.

Food Water Shelter personnel who received MCT’s tour representative were led by FWS Country Manager Ms. Kelsey Wilson & her other half Ben along with local manager Moodi & some 7 volunteers from overseas including Loretta, Helen, Rebecca, Adam & their counterparts. All very keen & professional in their candid explanation of everything the project was carrying out at the village.