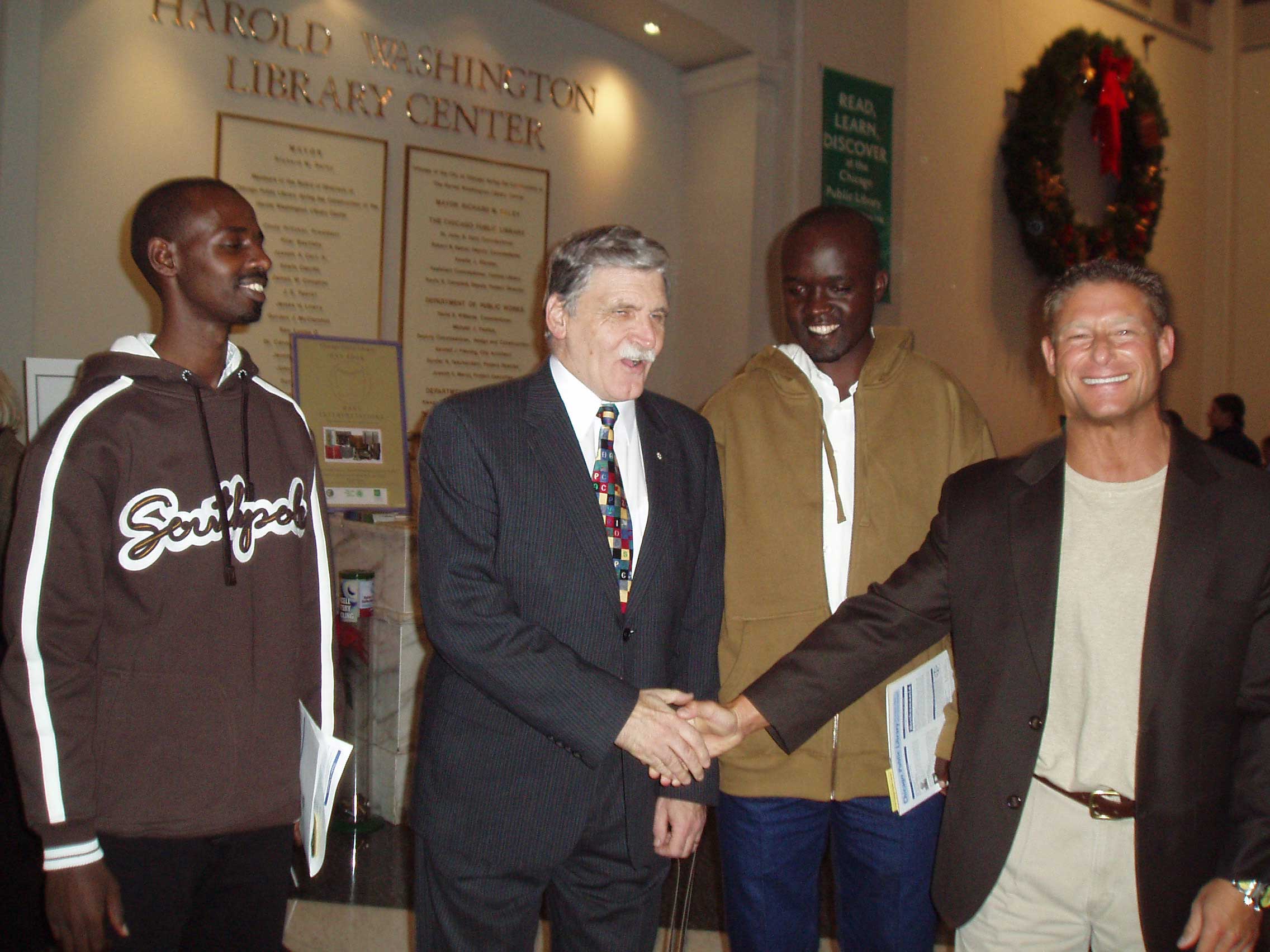 After returning from Rwanda, Maria Magnus’ interest was sparked by stories she had heard during her visit about a man who helped the Tutsi people during the conflict. General Romeo Dallaire was a Lieutenant General in the Canadian Army who was stationed as the Force Commander of the United Nations Assistance Mission in Rwanda (UNAMIR). During his time in Rwanda, General Dallaire worked to set up areas of “safe control” in and around Kigali where the Tutsi people were protected from the genocide that was going on around them. When the UN ordered its peacekeepers out of the country, General Dallaire refused to leave and continued to help the Tutsis and moderate Hutus that were being targeted.

General Dallaire has since retired from the Canadian Army and has continued to work with children affected by the war. His work as a Special Advisor to the Canadian Government on War Affected Children and his book Shake Hands with the Devil: The Failure of Humanity in Rwanda have brought the needed attention to the crimes that occurred in 1994 and the work that is still needed to be done in Rwanda.

In November of 2006, Maria Magnus invited two of the genocide survivors she met at the Kigali Memorial Centre to attend a speaking event featuring General Dallaire at the Harold Washington Library in Chicago. The event was attended by many students and persons interested in learning about the conflict in Rwanda from someone who had been there and made a difference. For additional information on Gen. Dallaire please visit his website at http://www.romeodallaire.com/