Sudan to receive much needed help 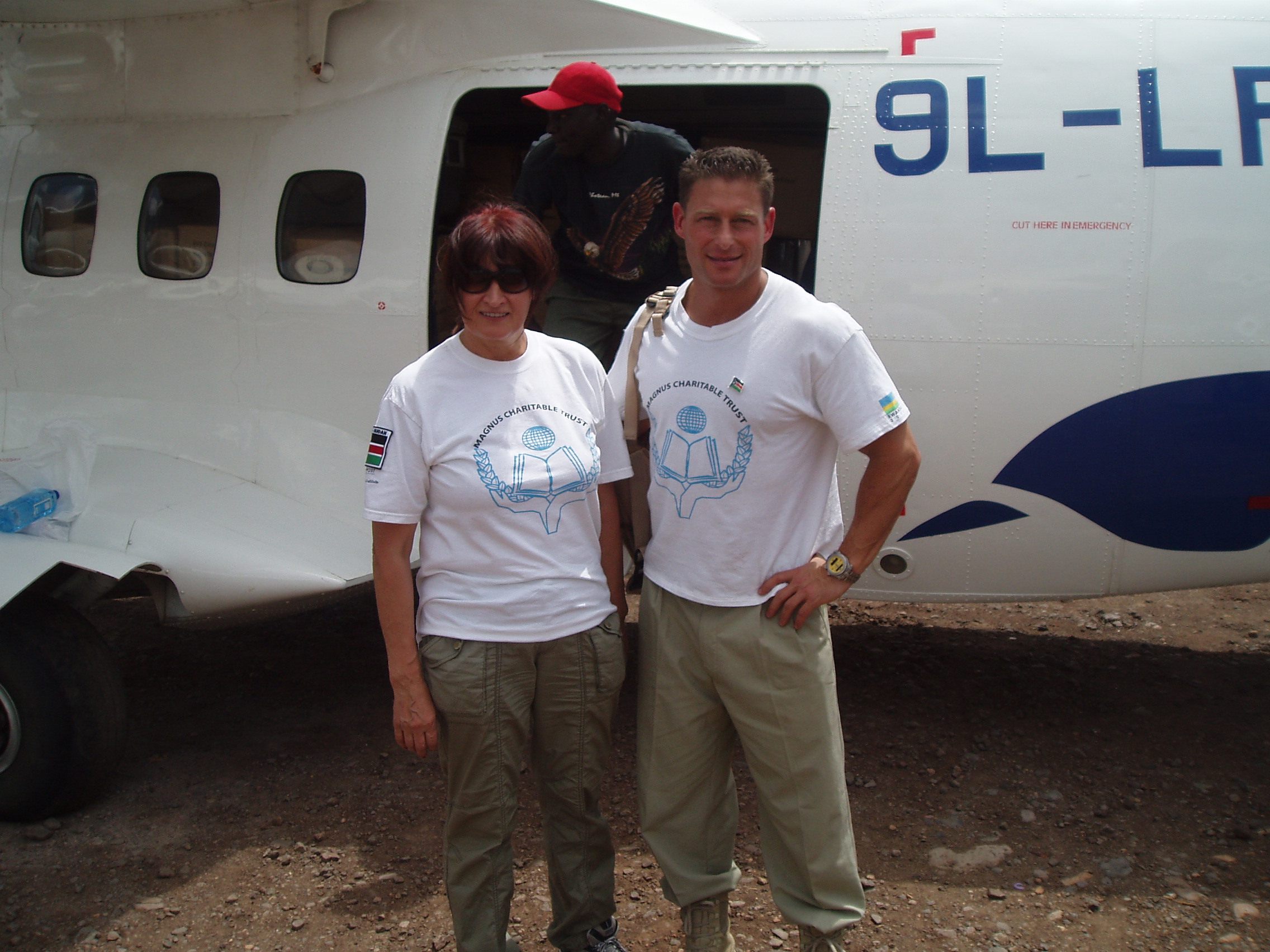 The goal of Magnus Charitable Trust is working to feed and educate people, especially those in need. One of the areas of the world where people are desperately in need of help is in the villages of the Sudan. Suffering in a war that has lasted over 20 years, these people are constantly on the move. When an area is considered as inhabitable, there is not enough food or shelter available for the number of people flocking there. In the 1990’s, Alexander B. Magnus, Jr. traveled to the heart of the Sudan to see firsthand the needs of the Sudanese people. It was then that Magnus Charitable Trust began to send aid in the form of food and supplies.

In August 2002, Alexander Magnus passed on after a long fight with cancer. His memory and philanthropy are carried on through his wife, Maria, and Magnus Charitable Trust.

In March of 2004 Maria Magnus was invited to visit the Sudan where she was presented The Samaritan Award on behalf of the Sudanese people in honor of her continuation of the work started by her late husband Alexander B. Magnus, Jr.

During this visit to Sudan, over 60 metric tons of food was delivered from Magnus Charitable Trust to the Sudanese people, as well as many small toys for the children.

Maria was also able to travel to the IRCR Hospital Lopiding, close to the Kenyan border near the village of Lokichokio. The fact that this hospital is in Kenya shows the difficulty that the victims of the war in Sudan face. Almost all of the patients are flown in, which can be delayed due to the weather conditions or security, and for this reason many patients arrive with old and infected wounds which need extensive treatments. Here approximately 4,000 operations are performed each year under drastic conditions. This field hospital has a capacity of 490 beds, two operating rooms, and an ICU. The hospital also has its own orthopedic workshop where they make artificial limbs for amputees. The hospital also houses discharged patients awaiting repatriation to Sudan.

Maria Magnus, in her husband’s name and on behalf of the MCT, sat down and discussed the current situation in Sudan with the Chairman and Commander in Chief of the SPLM/A, Dr. John Garang De Mabior. Maria then met with Madame Rebecca Nyandeng Garang de Mabior to begin talks about the education of Sudanese children, which has been greatly affected due to the continuing warfare across the country. MCT has pledged its assistance in providing more educational tools for the schools which Madame Rebecca founded.

While traveling in Africa, Maria Magnus also visited Nyumbani in Kenya, which exclusively cares for orphaned children stricken with the AIDs virus. Today Nyumbani employs around 70 staff members, up to 20 volunteers and houses almost 100 children. Here she met with many brave children of all ages who live every moment to its fullest and they do not think about what tomorrow might bring.